Plunge Into Stories of Fears, Triumphs, and Magical Realism in “Key to the City”

What does Washington Heights, Brooklyn, and Greenwich Village all have in common? They’re all iconic spots located in the Big Apple.

They say anything is possible in NYC –– So, what about an entity that wakes up every morning in a new body with a new mission?

Every morning Andy wakes up in a new body. Why? Andy hasn’t quite figured that out yet, but don’t you want to know? 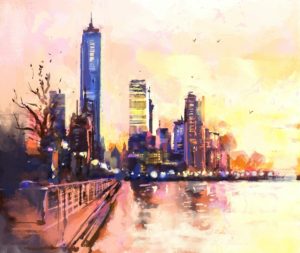 How often do you get the opportunity to change someone’s life? Unless you’re The Fray belting out the chorus of How to Save a Life, we’re gonna guess you’re like a bulk of New York City Dwellers. Your life is one fast-paced grind – wake up, grab a cappuccino, and high-tail it to work after a delay on the N Train.

Chapter One: Marilyn: Andy wakes up as Marilyn Moretti – a talent agent visiting New York from the sunny state of LA! What’s more New York City than Broadway? Follow Andy as Marilyn as they explore a historic and somber day in the city and figure out what the mission of the day is.

Chapter Two: Charlie: Every day Andy wakes up as a different person and looks to save someone within 24 hours. What happens though when Andy wakes up as Charlie – an elderly man confined to a bed? How is Andy supposed to complete their mission if they can’t get out of bed?

Chapter Three: Cooper: We all want to be kids again, but being an 11-year-old isn’t really ideal when you’re trying to save the day! Andy wakes up as Cooper – who tries to help a single mother from making a big mistake. It’s hard being taken seriously as a kid, but Andy’s gonna try in chapter three!

Chapter Four: Edgar: Andy gets to meet someone from their past when they wake up in the body of Edgar Murietta – a family man who enjoys his daily work. Andy gets the opportunity to save a guardian angel and help renew the spirit of giving.

Say hello to Andy. Or better yet, experience the cultural melting pot of the infamous Empire State through Andy’s eyes in our new anthology series: Key to the City.